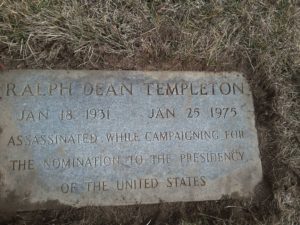 On Earth Day (April 22) 1990, 17 year old Chris Temple went with friends for a bonfire at Rose Lake Research Area in Bath Township Michigan. Around 9 p.m. Chris walked away from the bonfire, never to be seen again. In the almost 30 years since he vanished, there have been rumors, stories and speculation, but no evidence leading to the whereabouts of Chris Temple.

If you have information about the disappearance of Chris Temple, please contact the Bath Township Police department at (517) 641-6271

Chris Temple on The Charley Project

John Temple’s Letter to the Editor

Between 1981 and 1983 three young women, aged 20, 16 and 19 were murdered. The first victim was left in a ditch in western Oakland County, the final two bodies concealed in wooded areas of Livingston County.

Some of my research:

Twenty-year-old Deborah Polinsky was murdered in her Port Sheldon Township home in July of 1977.

Her case was aggressively pursued and investigated, but no arrests were made Today, detectives from the Ottawa County Sheriff’s Department continue to work her case and see your assistance in learning the truth behind her murder.