The evening of August 3, 1989 Lawrence J. DeLisle was out driving around with his wife, Suzanne and their four children: 8-year-old Bryan, 4-year-old Kathryn, 2-year-old Melissa and 8-month-old Emily.

Lawrence lost control of the car and it flew off the road into the Detroit River. The car sank quickly. Lawrence and his wife swam to safety, but all four children drown. What appeared to be a tragic accident evolved into a horrifying story. Had Lawrence done the unthinkable? Had he intentionally driven the car into the murky waters of the Detroit River in an attempt to kill himself and his family?

Thanks to Frank for suggesting this story.

This episode is cohosted and cowritten by Nate Hale of The Conspirators Podcast.

October 25, 1994, 23-year-old Susan Smith ran to a house near John D Long Lake in Union, South Carolina. She pounded on the door, calling for help, crying, nearly hysterical. Her babies, she said, her boys age 3 and 14 months, they’d been taken. A call was placed to 9-1-1 and police mobilized. What law enforcement learned over the next nine days was chilling. Susan Smith would finally confess. She had done the unthinkable. 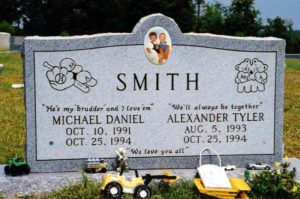 David Smith wrote a book about his experiences. Find it here.

In the early morning hours of March 2, 1996 Jody LeCornu was shot while sitting in her parked car. Despite video evidence, eye witness testimony, ballistic evidence and fingerprints, no one has ever been arrested or charged in her death.

If you have information about Jody’s murder Crime Stoppers is offering a $32k reward.

Thank you to @Melodile2015 for suggesting this case.

In 1952 Marquette Michigan was rocked by the murder of a barkeep by an airman from KI Sawyer AFB. In 1988 another murder shocked the community.

Join us as we discuss the murder of Maurice Chenoweth and the stabbing death of Paul Girard. 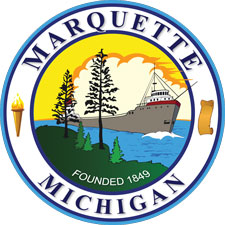 This is the second episode in a series about the Oakland County Child Killer.

Between 1976 and 1977 four children were abducted and murdered. Mark Stebbins, Jill Robinson, Kristine Mihelich and Timothy King. They were held from 3.5 – 19 days. Their deaths were considered the work of a killer or perhaps a team of killers working together.

Forty years later and law enforcement is no closer to closing the case. We look at the victims, the crimes, the investigators and the families left behind.

If you would like to take a closer look at happenings around the periphery of the case:

Catherine Broad – A blog run by the sister of Timothy King

Or, for a deep dive into this case, check out Don’t Talk to Strangers, also hosted by Nina Innsted.

Oakland County, Michigan. Between 1976 and 1977 four children were abducted and murdered. Mark Stebbins, Jill Robinson, Kristine Mihelich and Timothy King. They were held from 3.5 – 19 days. Their deaths were considered the work of a killer or perhaps a team of killers working together.

Forty years later and law enforcement is no closer to closing the case. We look at the victims, the crimes, the investigators and the families left behind. 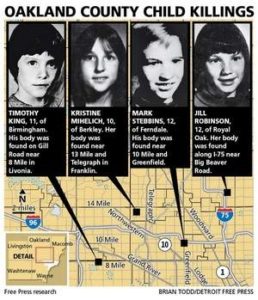 Listen to PART ONE

Or, for a deep dive into this case, check out Don’t Talk to Strangers, also hosted by Nina Innsted.

On a January afternoon in 1983 Janette Roberson was the victim of a brutal attack at her workplace in Reed City Michigan. Despite being killed while working at a busy store, her body was undiscovered for hours and her killer was never caught.

In this episode I talk with author and Reed City resident Jeni Decker about the Roberson case, the challenges of investigating older cases, and other unsolved murders in the area. You can read more about unsolved crime in Reed City at Decker’s blog: http://jenidecker.blogspot.com/ You can also find her on Twitter @Jeni_Decker

Ms Decker now hosts the Down and Away Podcast.

In March 1979 17 year old Holly Branagan was murdered in her family home in Bethlehem, PA. No one was ever arrested or charged with her murder. Part one of a series on this baffling and engaging story.

Special thanks to Marissa of The Vanished Podcast @thevanishedpod for suggesting this case.

Listen to PART ONE

In January of 1980 the body of 14 year old Bill Comeans was found at the side of the road a few blocks from his home. He’d been strangled. This wasn’t the first time Bill was assaulted, he’d been attacked twice previously. Also, who was leaving the menacing notes in his school locker? Who was threatening his friends?

Bill lived in New Rome, Ohio. Car and Driver magazine did a story about corruption in their police force and city government.

Bill’s murder was investigated by the Franklin County Sheriff’s Department. Learn about the Supreme Court Case Berkemer vs McCarty.

Continuing our look at women who work in the true crime genre. This week I talk with Heidi Galore, a crime analyst and former police officer. We talk serial killers, Halloween and what it’s like working among like minded women focused on a dark subject!

In February of 1981 Deanie Peters stepped away from her brother’s wrestling match and vanished forever. Who killed her? Why? Where are her remains?

Starting something new this week. I sat down with Deana, host of the Twisted Philly podcast, to talk about her show, Jon Benet, Lori Erica Ruff, Halloween and more.

These interview episodes are in addition to my usual episodes about the murdered and missing.

I hope you enjoy them!

On November 17, 1978 a robbery at the Burger Chef restaurant in Speedway Indiana went horribly wrong. It ended with four murders, two suspects and no arrests. The case remains open and unsolved.

What do Atom Egoyan, the Buffalo Sabres, one trip to the Stanley Cup, three fatal shootings and Palm Beach County, Florida have in common? Brian “Spinner” Spencer. 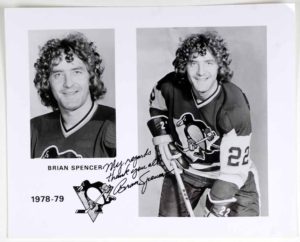 Special guest this episode: James W. Weirick. Weirick is a podcaster on various shows, you can follow him @JamesWWeirick

The city of Tinley Park, IL has a dedicated place on their website with information about the massacre. You can listen to a heavily edited version of the 9-1-1 call that isolates the voice of the perpetrator.

In 1989 Dana Stidham vanished while running errands for her father. Her badly decomposed body was discovered months later.

The investigators tasked with bringing her killer to justice found themselves entangled in the aftermath of another senseless shooting.

In 1974 Harvey Leach was young, handsome, successful and the Chairman of the Board for Joshua Doore furniture. His gruesome gangland style murder was overshadowed by the disappearance of Jimmy Hoffa one year later.

Tara and Stephen Grant were living what appeared to be a charmed life. Two lovely children, a house in the suburbs, an au pair to help with childcare, they were the envy of the neighbors. Until February of 2007 when Tara walked out on Stephen and vanished.

Be sure to check out the CanCrime podcast episode on the unique challenges faced by those who represented Russell Williams.

Music by Luke Superior – Find him on SoundCloud

I highly recommend that you watch his confession. Jim Smyth was masterful.

Link to You Tube

The Marion County Sheriff’s Department produced a short video about this open and unsolved homicide.